What is the definition of a managed network?

The traditional model of managed networks

In the early days of IT, this was a fairly reasonable approach, but a lot has changed since then with the result that this model is rapidly becoming very outdated. In particular, companies are moving wholesale to the cloud and wanting to send their data directly to cloud servers rather than having to channel it through a centralized data center in order for security protocols to be applied.

Additionally, companies are increasingly wanting or needing, their workforce to operate on a decentralized basis and not be tied to a specific physical location or even a range of physical locations. Under the traditional “hub and spoke” system, workers outside of branches have to connect to the branch first and then be forwarded onwards to the central data center. This is definitely not an insurmountable barrier, in fact, there’s a fairly standard solution in the form of virtual private networks, but it’s definitely an inconvenience. 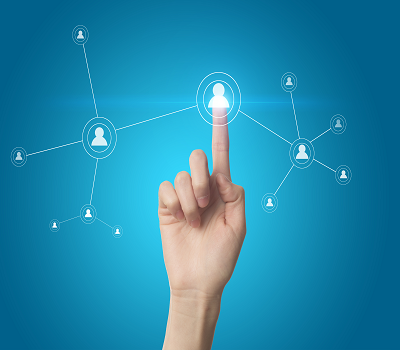 It’s even more of an inconvenience if you’re working internationally, as you either have to find a telco who can cover all the necessary countries (and pay their fees) or make alternative, and usually complex, arrangements, which can work out expensive.

A move to network function virtualization

Network function virtualization was arguably the failure that led to success. As its name suggests, it took all the functions of standard managed networks and virtualized them. On the one hand, this didn’t really solve any problems. It just changed the nature of them slightly. On the other hand, it was arguably a necessary first step toward creating the cloud-first infrastructure we know today.

In principle, companies can still choose to go down the “old-school” route of managed networking, but in practice, most companies generally want some form of cloud-based managed network. This means either subscribing to a public cloud or organizing a private cloud (or a combination of both).

Public clouds are essentially managed networks that are open to anyone to use. In principle, companies can just buy whatever they need as and when they need it. In practice, this is usually the most expensive approach to using public clouds. It’s generally far more cost-effective to think ahead and buy blocks of service usage at discounted prices and to do everything possible to limit the use of “on-demand” services, but, in principle, companies can services up (and down) literally at the click of a mouse.

Private clouds, by contrast, are cloud-based networks that are for the use of one, sole customer, known as a tenant. They do not have to be run on a managed basis, but often are as modern companies increasingly prefer to buy access to essential services rather than having to build, operate, secure and generally manage them in-house. This preference is often particularly strong when it comes to anything to do with IT due to the global shortage of skilled IT professionals.

When a private cloud is run as a managed network, the managed network service provider will take care of all the essential infrastructure such as servers, storage and network connections. Some may even be able to go above and beyond this and offer extended support, such as application management. The client, however, will have sole use over it and hence sole control over it.

Most of these revolve around the fact that the owner of the managed network has both full visibility of data and full control over how it is managed. They can therefore guarantee that the highest standards of security are followed whereas in the public cloud, clients are very much dependent upon the security of their cloud service provider.