There may still be a case for archiving to tape (although even here the cloud is taking over), but when it comes to data backup, most companies, especially SMBs, are only too happy to see the back of them. Even if you don’t have the best internet connection, a combination of astute data backup strategy and compression may allow you to take advantage of the cloud. With that in mind, here is a quick guide to what you need to know about cloud data backup in Woodland.

These days there are probably very few SMBs in the Woodland area which still have concerns about their internet connection, but if you do then the cloud might still be an option for you as long as you backed up astutely. 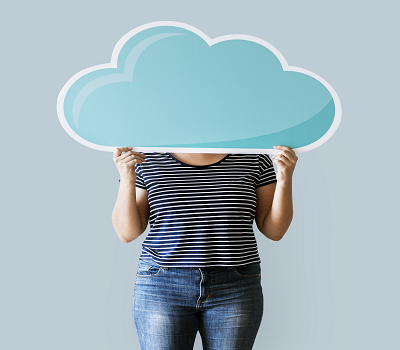 Compression can help to reduce the burden even further. How much of a difference it will make will depend on your data types. Usually, “heavier” files such as video and images will compress down further than “lighter” files such as documents.

If you’re still not comfortable with the idea of backing up data to a public cloud then you might want to look at backing it up to a private cloud. The additional expense of this could be offset by the fact that it could form part of a disaster-recovery solution.

You could say that cloud data backups are the foundation of cloud disaster recovery solutions. They are, however, far from the whole store. You then need to think of the tools staff will need so that they can actually make use of the data, for example, what will they do for an operating system and applications?

If you’re already backing up to a public cloud, then it would probably be fairly straightforward to use this as your disaster recovery solution. One point to note, however, is that each public cloud vendor has its own charging structure, so it would be advisable to make sure you were comfortable with this before deciding whether or not to go down this route. You’d also have to commit to reviewing the cost periodically as vendors update their pricing fairly regularly.

Another point to note is that you are likely to find yourself using on-demand pricing, since you’ll presumably only be using the second public cloud periodically and are therefore less likely to get value out of making advance purchases and/or looking for volume discounts.

For this reason, it’s important to have a process for identifying dormant data and either deleting it or having it properly archived. Otherwise, you can soon find your cloud data backup costs mounting up to an excessive level.